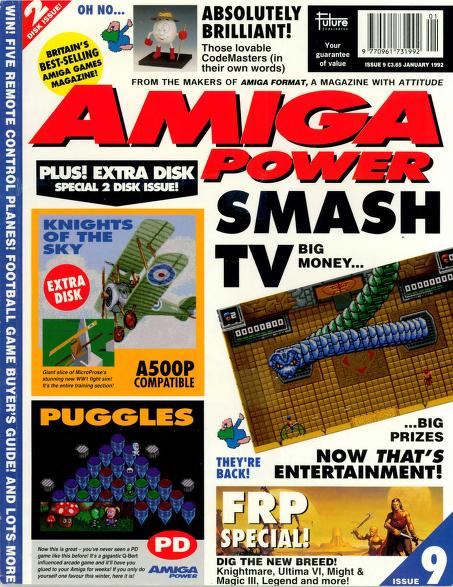 They’re small, they’re round, they bounce along on the ground, they’re fuzzy balls They’re also the rather appealing Gremlin-like stars of System 3’s new and interestingly priced (IE five quid cheaper than usual) arcade platform puzzle game thing titled (logically enough) Fuzzball. And, as the AMIGA POWER team are well known suckers for anything cute and platform. their game was one of the most eagerly awaited arrivals in the office this month. Lets see how it does, shall we 7 (And remember, this may a cute game, but you’ll find no soft fluffy or spongy reviewing here)

A most impressive Fantasia- style Sorcerers Apprentice animated intro kicks things of This sets the scene, showing how curiosity not only killed the cat. but tempted a curious young wizard into setting loose a crate of malicious lumps of fur. which then zoomed away to infest every corner of the castle. Accidentally turning himself into another (similarly small and squishy) furball in a doomed attempt to fix his cock-up. our hero a set the task of rounding up the furry louts, leaving the castle clean of any troublesome tribble- like creatures All well and good then – though like many animated intros this does leave you looking at the same picture a mite too long each time – and it’s onto the game proper, where we find a 50 screen castle of platforms, ladders, goodies to collect, and (of course) fuzzballs.

First impressions are of a bold, eye-pleasing and bubble Booble influenced puzzle game A few plays, however, reveals that a squishy Fuzzball isn’t quite as easy to handle as our old friends Bub and Bob.. On each screen a money collection of fuzzballs (complete with fetching earrings) maliciously hop back and forth along the platforms. Just wailing for our Fuzzy to make a move. Its at this point that Fuzzy trusty anti-fuzzball ammo comes in handy – a couple of blasts are needed to mutate an enemy Fuzzball into a smaller, harmless blob. which then needs collecting. Failure to do so within a couple of seconds result in the fuzzball growing back as a harder. meaner and altogether more unsavory creature – one who requites even more Blasts to turn him back into blob form. Subsequent screw-ups on the same fuzzball ultimately result in one mean mutha of a red nasty, who darts back and forth (jumping platforms without a care) in mutant frenzy.

This is problem number one – once you’ve created even the softest of mutant fuzzballs (and it’s very easy to do. the time given to collect each harmless blob being so short) you’ve effectively mucked up the game, and it’s just as good an idea to deliberately die and start again as it is to try and combat the beasts. As you can guess, its a good idea to get it right first time. Then there’s problem number two.

The control system in Fuzzball takes some time to get to grips with, to say the least. A jump can only be performed when our Fuzzy has his squishy body firmly fix to the platform surface -fast and furious jumping is not the name of the game Movement simply isn’t as free and easy as it should be. though to be fair. Fuzzy’s trajectory can be fine tuned once he’s in the air. his left and right movement being completely under the player’s control. This makes it possible to drop down onto ledges which are actually directly below the current one. Many payers in the office have found it difficult to come to terms with these unusual characteristics, but I have to say I found an hour or so was enough to familiarise myself with most of Fuzzy’s little quirks.

And while we are at it there’s problem number three – a seeming total lack of restart points. Once you’ve finally completed the first screen – and this has to be one of the trickiest first screens in recent memory – you’re put onto the second one with another three lives. Waste these (and we managed to no problem) and you’re right back into the trials and tabulations of screen one again Aargh’ With a ten second loading break between reach new game this soon becomes foot-through-ihe-TV- screen frustrating

But whoa being a bit negative here Beyond the first Fuzzy frustrations, it soon becomes, apparent that there’s quite an interesting game in here Beneath the arcade platform exterior there’s quite a bit of puzzling to be done. Careful planning is needed to complete each screen – often only doing things in a set order will manage it. Slick joystick skills alone aren’t enough, and it is this unusual aspect of the game which prevents Fuzzball being criticized as a second-rate Bubble Bobbie – its actually rather different. The final part of this hairy game equal-on comes in the form of a host of other nasties which patrol the castle. What they re doing there I don’t know – what I do know is that one touch sends poor Fuzzy to fuzzball heaven. These range from a fairly innocent-looking beach ball on level one (who’d expect a beach ball to be deadly for goodness sake?) to whizzing corns and what look suspiciously like extra power tokens to be collected. These, in fact, turn out lo be as deadly as any of Fuzzy’s other enemies, which stakes me as just plain stupid. When a circle with the letter T bounces up and down, my immediate reaction is to collect the bleeding thing. not avoid it – it’s one of the conventions of gameplaying, and going against it seems simply perverse And that’s the basic structure of the game really.

There’s little else to say. except that in addition to the 50 main levels, there are also five hidden bonus rooms to be found – a quick respite from the main game, and a chance to gain lots of extra points I must admit to rather a liking for Fuzzball- its a game with real charm. The satisfying squelch Fuzzy makes when landing on a ledge is a particularly magical touch – it gives him character, and ties in with his quirky jumping style – while (he bold, colorful graphics are another plus point. Although its a 2D platform game, a slight 30 shadow effect gives depth to the surprisingly -detailed backgrounds. You can’t deny you wont get a lot of game-time out of it either. Even once the first couple of screens have been mastered (no mean feat), cockiness is not recommended There are still the other 48 levels to get through which should provide more than enough playing time for even the best games players – each one lasting at least a couple of minutes (and usually requiring several plays to suss out) The price point is good news too – there’s certainly £20 worth of good. deal, hairy fun lurking in here. For once nobody’s getting ripped off. That said though. it s not the game it ought to be. Nearly all the faults are of the scrappy playtesting type and could be fixed inside a week’s programming work tops, but as it stands the game can prove incredibly annoying.Yes, I’ve got my gripes with Fuzzball and they’re not small at that.

THE FAILINGS WITH FUZZY

The sheer difficulty of the screens is my main problem The nasties are just a bit too nasty (in fact they’re plain vicious) and the puzzles just a bit too mean for my liking. It’s not just my opinion either. Everybody who’s had a go at Fuzzball has found it simply too frustrating – every game should have a couple of simple levels to ease the player into the structure of it for a start. This doesn’t. I also still find myself getting mad at the control system It’s just a little too slow, finicky and persnickety. It may allow accurate movement but the results in things not being clear enough. Jumps and movements just can’t be controlled in a simple, straightforward manner – something a bit simpler and more direct would have been a good idea. And then there are the wasps, a never-ending swarm of which appear if a screen isn’t completed quickly enough. What’s the point. They can’t be avoided, so the game may as well deduct a life. It’s infuriating. and i can’t see the reasoning behind it at all (particularly on the first few screens) My final bugbear concerns the speed at which the blasted fuzzballs return from harmless blobs into more frenzied nasties. There just isn’t a reasonable amount of time in when to collect them while in blob form. And then, of course, your failure just makes the screen even harder to complete. Great’ Just when the player is doing badly, the game gets even harder Hey ho. As you can see, there’re some aspects of Fuzzball when are just great, and some which just grate. If it had been programmed with just a little more thought for the player, this would have been one of the best Amiga platform-cum- puzzlers around. I like it But I don’t love it It may be cute and it may have fluff, but (ahem) that doesn’t mean that its edges aren’t rough • MATTHEW SQUIRES

THE BOTTOM LINE Quite good. Good, even. But some irritating and pointless quirks of game design mean it falls well short of classic status. So nearly great it’s painful to watch, though admittedly the challenge of completing all 50 levels gives it some lasting appeal. If only It was a little more forgiving. 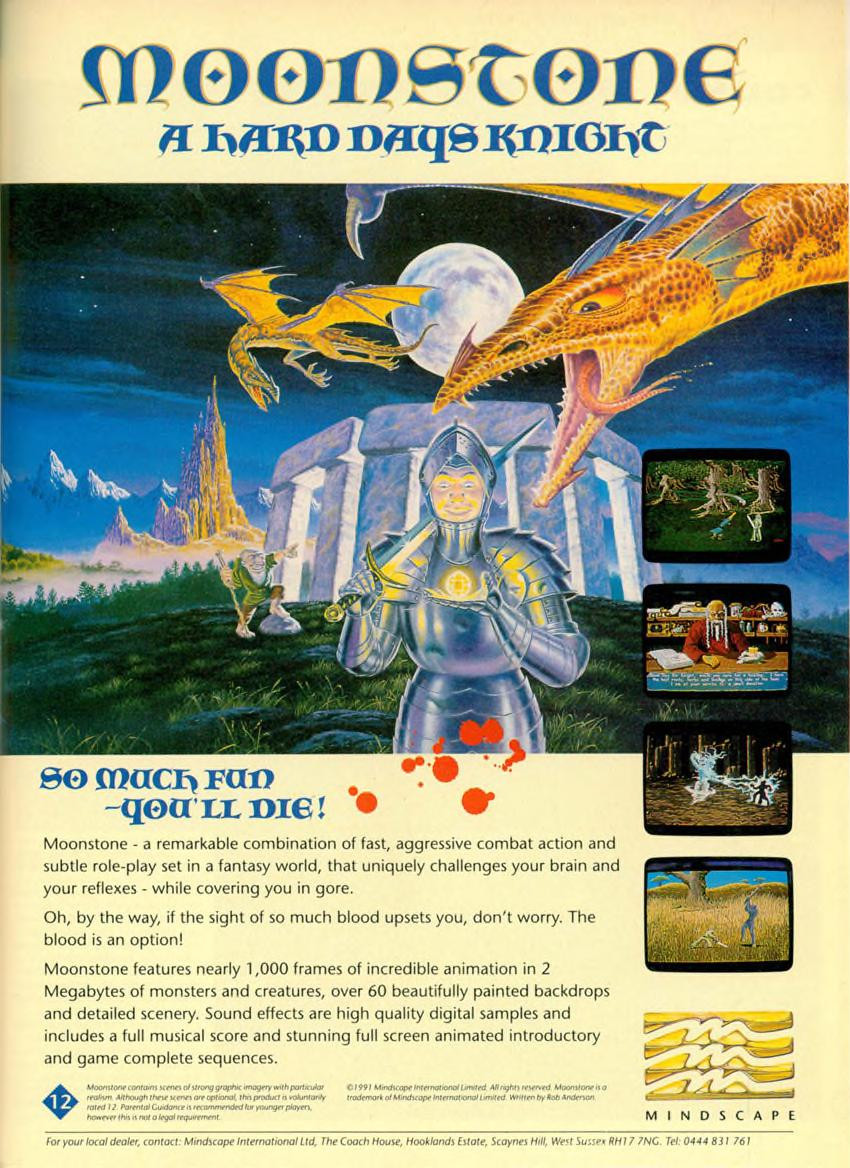 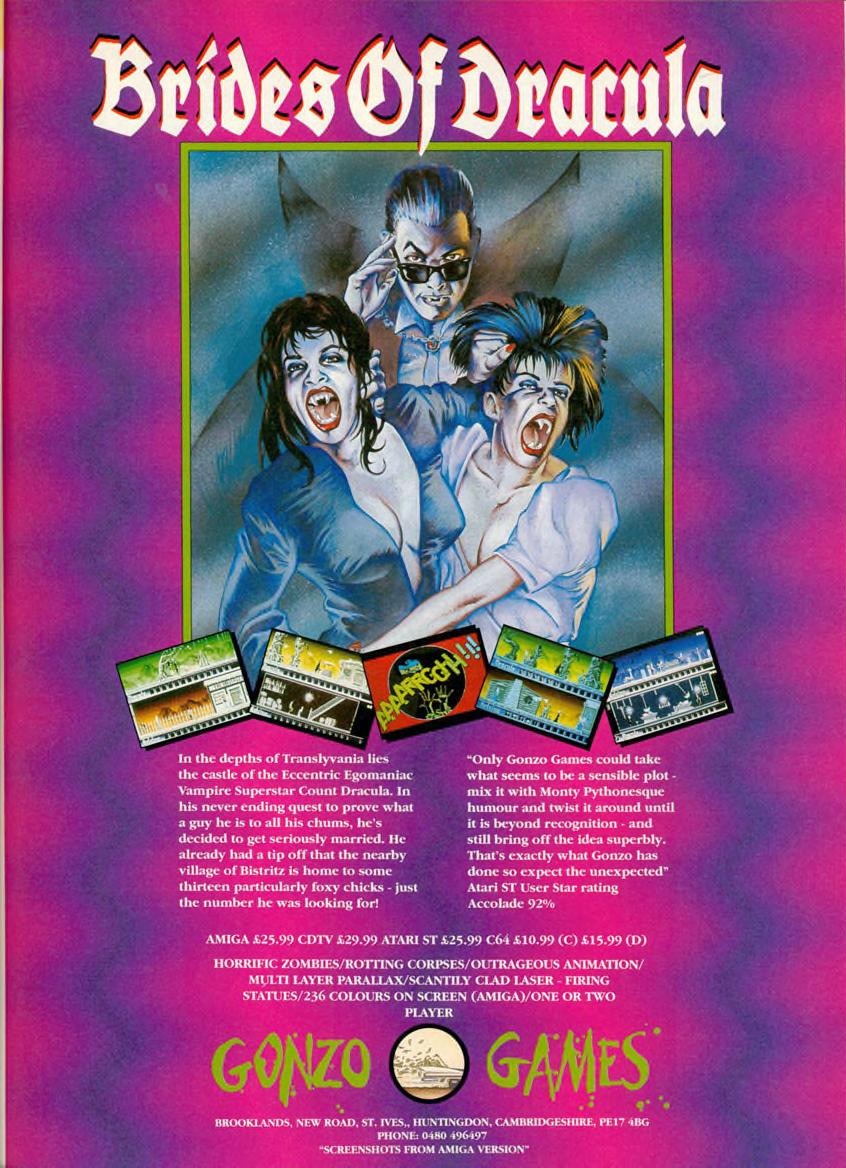