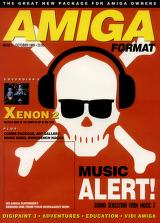 Waterloo
To wargaming fans, the name Dr Peter Turcan may, as yet, be unfamiliar. But ST and PC fans have experienced Peter’s earlier work Borodino, a wargame based on the conflict between Napoleon and the Russian Prince Kutusov. Now Amiga owners have the chance to re-fight one of Napoleon’s most famous battles in this one or two player simulation. Most wargames give the player an unrealistic view of the battlefield: failing in the attempt to recreate history because they invariably allow the player to see things that the historic commanders were unable to. Waterloo, however, is the closest a wargame has come to sticking a player in the commander’s boots. You view the game through the eyes of either Napoleon or Wellington, and issue orders to your subordinates – who in turn issue orders to their subordinates – based on what you see from your position on the battlefield and message? received from runners To familiarise yourself with the game system and me battlefield you can view the action through tie eyes of other commanders on the field, or from major landmarks. The orders you’re able to issue vary in complexity from vague commands like: ‘Lobau. give support to Reille’ (leaving the computer to decide how I Lobau can best give his support to Reille) to things like: ‘Lobau- form a defence line from the east flank to Frichermont linking with D’Erton’. Once you’ve decided which orders to issue [eight per turn, each turn representing fifteen minutes of real time, the battle lasting from 11.30 am until 9.30 pm), the orders are sent by messenger to their destination. Obviously, the further away this is, the longer it’s going to take for the orders to get through (if they do at all, because riders are just as prone to getting themselves killed as anyone else) so things can become very confusing: just as the battles were.

GRAPHICS AND SOUND
Forget sound, it’s not important. The 3D display however is great. It takes a short while for the screen to update, but that’s survivable. A short animated sequence of the cannons tiring, which is optional, is a nice touch, but for the majority of the time you’re looking at blocks representing the units.

Games reviewed in this mag:

Games tips hints and cheats for: 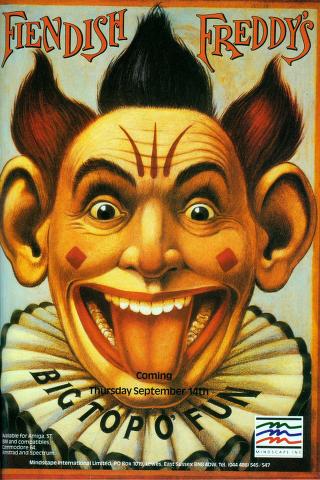