D.R.A.G.0.N. FORCE – INTERSTEL €29.99 ■ Mouse
The Drastic Response Assault Group Operations Network are in town and they mean business. These boys are a crack group of commandos 14 strong working for all the good nations of the world in a bid to stamp out terrorism. Guess what – you’re in charge of the whole bunch. This is a single-player tactical skirmish wargame featuring some dozen missions that can be played in any order. For any mission only seven of the bunch can be selected, so the first thing to do is get the mission briefing. Pick carefully to get the best men, because they are all specialists in different areas including demolition work, handling nasty great machine guns and close combat. Once you know what must be done and you’ve picked the people to do it, the next task is to select weaponry for each soldier. Each one of the squad has several characteristic ratings such as awareness, intensity and strength, the strength rating determining how much of a load the soldier can take into battle. Then its time to do the job. Your group is airlifted to the game area and you then have a fixed time to complete the task before reassembling your men at the extraction site where a helicopter will come in and get you out – the helicopter can be called in before the specified time if you finish the job early or get into a tight spot. The game is played in rounds. Up to five orders can be given to each man who will endeavour to carry them out. Once you’ve issued orders (they’re small and quite specific orders, none of this ‘go over there and shoot anyone who moves stuff) you can then advance the game. You have two options: ‘go until event’, which means the game continues until something happens tie forces exchange fire) or ‘go until interrupt”, which means things carry on unaided until you break in and dish out some more orders. At the end of each mission you’re given a debrief which tells you if any of your squad have had their attributes upgraded, whether you lost any of the team (which you’ll know anyway) and whether you gained any medals. Missions can be practised any number of times but can only be done for real once. When a mission is completed you won’t get the chance to do the thing again – although its worth noting that there are ways to cheat so that you can.

Everything is viewed from above the characters drawn as stick men. The background graphics are much better, though, and the sound effects are good as well. You’ll know by now that great graphics don’t necessarily make a great game and the same applies in reverse; naff graphics don’t have to mean a naff game.

More would have been nice. There are only the dozen missions and there are no skill levels. Although you can cheat and redo missions to improve your performance there’s little point. Novices will find it tricky to start with, but others will find the missions slightly too easy.

DF has been nicely done: it has a Laser Squad feel to it and, though it’s not as good, it will keep you playing for some while. More missions and various skill levels would have beefed it up and improved the game but that apart, it still works very well and is fun to play. 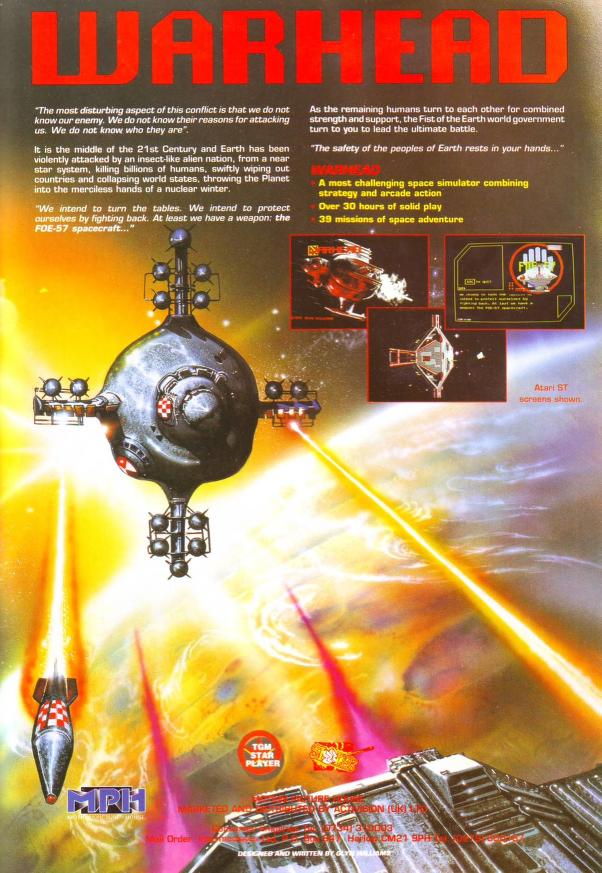