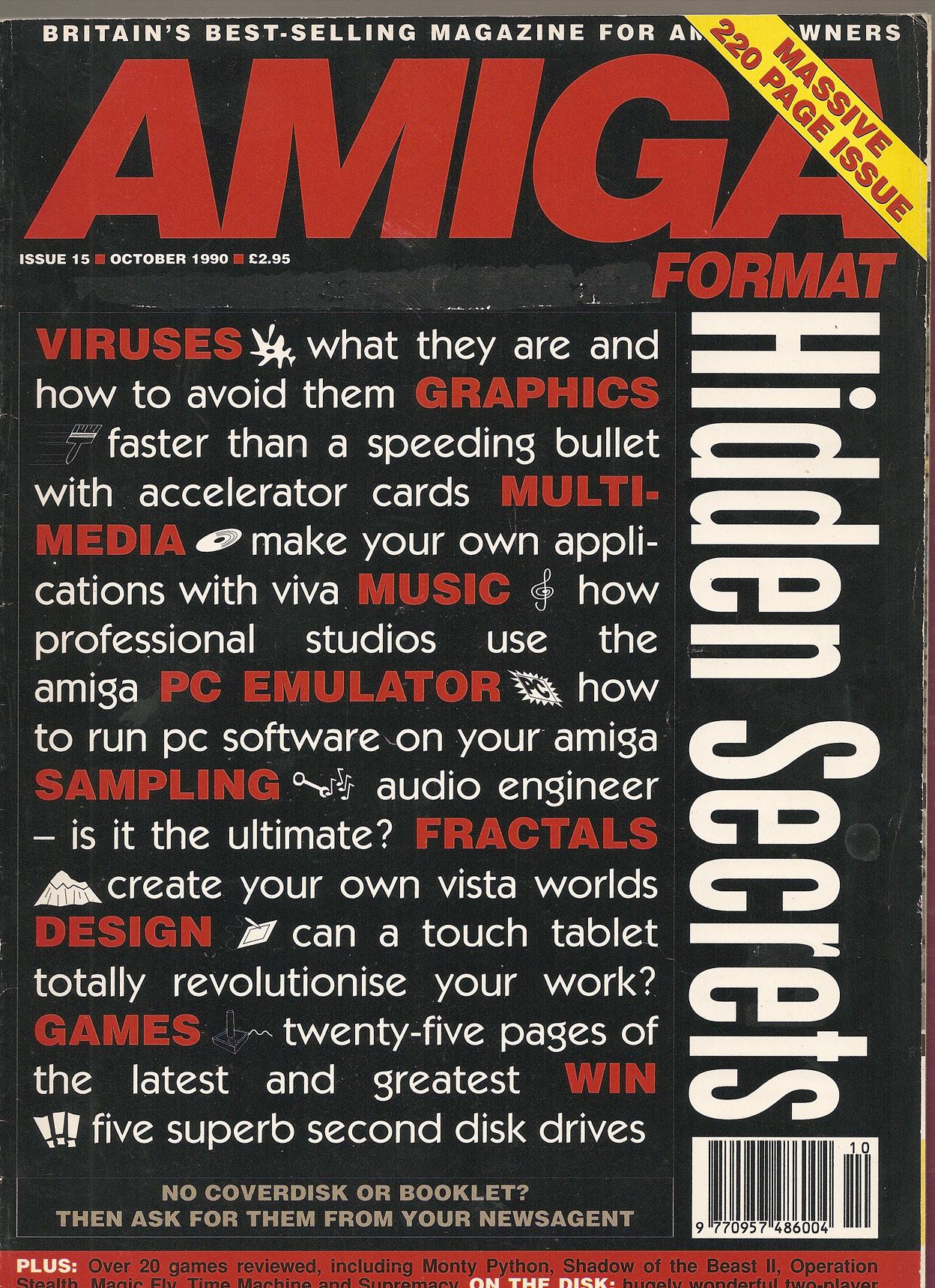 There comes a time when many Amiga owners tire of the rather rudimentary mouse that comes with their machine and start looking in other directions for a way of getting their pointer from A to B (or should that be from to X 2 ,V 2 ). Among the many alternatives to the humble standard mouse are: the ‘turbo mouse’, a la Naksha mouse or the Boing! mouse, which is basically the same as the basic mouse but with bells and whistles; the Trackball, as reviewed in Issue 10, which is a big mouse turned on its back; and even the Mousestick, which tries to be both a mouse and a joystick and ends up not really being either.

But probably the ultimate in pointer drivers is the graphics tablet. Admittedly it takes up a Sot more space on your work-surface than a mouse, but it does look a lot more impressive when you have your friends around for a game of Kick Off. Ostentation aside, it also has a trick or two up its sleeve that puts it in a territory far beyond the dreams of the basic Amiga mouse.

So why don’t we all have one of these wonderful devices sitting next to our machines, I hear you ask? Well, when you consider tin at graphics tablets usually cost about as much as an A50G with an extra half-Meg expansion and an additional drive, the answer becomes self apparent.

So when the Podscat/AProDraw package dropped on the Format doormat bearing a price more in line with an A250 (that’s half as much as an A 500, before you start writing in, we were intrigued.

The package consists of a Summigraphics tablet, complete with a ‘cursor’, which is not dissimilar to a mouse, a ‘stylus’, which is a pen-like device, and software to dedicate the otherwise multi-format hardware to the Amiga. Summigraphics make similar tablets for a wide range of machines, so to this end there are various data transfer rates available on the H Set Up” section of the tablet surface, but the software on the disk precludes the need to worry about this since it automatically sets up the tablet to Amiga compatibility when run from the Workbench.

Double-clicking on the AProDraw icon will then switch control of the pointer from the mouse to whichever co-ordinate specifying device you have plugged into the tablet. The software also includes a scaling program which enables you to select the area of the screen or of the tablet which is to be used: the application of this feature will become apparent as we consider the tablet’s major uses.

The software also allows you to program the buttons on the cursor and stylus to your own preferences, although they are set up quite logically enough by default. The cursor also offers a middle mouse button which is supported by Intuition but very rarely used by software, since the regular mouse is devoid of
the third button.

The intended major use of the tablet is for digitising images for use in computer aided design programs. These programs take the coordinates of points in 3D space, and using fairly simple mathematical formula enable one to see a perspective view of the object from any desired angle. All this is very nice until you consider that all the nodal points of the object have to be entered into the computer.

Even for a very simple 3D object like a cube, this is eight sets of coordinates: a total of twenty four numbers just to describe the most simple of objects. Can you even begin to imagine the amount of data you would have to type in to define an object like an F-16 jet fighter, or a girl juggling, for that matter? Quite mind-boggling, isn’t it?

But the easy way out, if you know what the object that you’re trying to turn into a computer-generated image looks like, is to take a technical drawing of the three principal views of the object and, using the graphics tablet, input them directly into the CAD package you are using. This operation can, of course, be done using a mouse, but the big advantage of the cursor on the graphics tablet is that rather than the point you are referring to being somewhere below the large lump of plastic in your hand, it is clearly visible below a crosshair sight etched into a clear plastic circle at the business end of the pointer.

This means that accurate entry of data doesn’t require you to pay feverish attention to the pointer coordinate display that most CAD programs feature. But therein lies the crux of the matter: most CAD programs do include information on the position of the pointer, making accurate rendering of the drawing possible £even though the mouse can be a bit on the arbitrary side at times), so why shell out much more for the tablet?

The answer to this has simply got to be the tablet’s speed and accuracy, The fact that you can see what you are doing at all times precludes the need for referring to a numeric indicator, and makes digitising a simple matter. And because the tablet works by electromagnetic induction rather than a rolling bail, each point on the tablet represents a unique point on the screen. Whichever way the cursor is pointing, if you move it away from you the pointer will go towards the top of the screen: try that with your mouse!

One difficulty of tracing using a mouse is that the mouse must stay on the tracesheet at all times, and must remain in the same orientation relative to the plan. Should you have an original that is too big to fit on the surface of the tablet, by using the scaling function that is included in the software you can define the whole area of the tablet to relate to, say, a quarter of the screen, enabling large plans to be digitised.

Unplugging the cursor and connecting the stylus changes the nature of the tablet completely. From being a data entry device, it becomes a very efficient way of interacting with the Amiga, particularly in art packages such as DPaint. The nature of the tool makes it very easy to use for free-hand drawing because essentially it is just a pen which, when if comes down to it, we are all much more happy drawing with than a mouse.

I found it particularly useful, since I am left-handed when drawing but use a mouse with my right hand, so I have never been particularly happy with mouse-driven drawing packages.

The secret of the stylus is that its pressure-sensitive tip Is equivalent to pressing the left mouse button, so by applying pressure to the tablet’s surface with the tip of the pen one can activate the freehand drawing, or circle creating, or many other tools of the popular art packages. The two buttons mounted on the body of the stylus equate to pressing the right mouse button or pressing both buttons respectively.
Because the tablet uses an electrical field to detect the position of the cursor or stylus, it works even when the tip is up to half an inch from the surface of the tablet, enabling one to trace material from books, magazines, or other originals: something which is virtually impossible to do with a mouse.

When one first begins to use the tablet a few things become obvious immediately. Firstly, the ratio of cursor-to-pointer movement is very low at the default settings and the natural tendency when using the four-button cursor is to pick it up and back track just as one would when using an ordinary mouse.

The only problem with this is that as soon as you plonk the thing back down on the tablet surface the pointer jumps to the point on screen that relates to the position on the tablet. This is a mite disconcerting at first, but you quickly get used to it

If you intend to use the tablet for everyday window-opening operations, it is a simple matter to change the scaling of the tablet to allow the pointer to move further for a shorter physical travel of the cursor. Using the stylus for normal tasks is very simple, especially when used in conjunction with the scaling facility. The stylus really shows its strengths, though, when used in the manner of a brush or pen for freehand drawing, yet it loses none of the abilities of a mouse to operate such functions as fills, polygon drawing and the rest.

So now we come to the bit of the review where im supposed to tell you whether you should go out and buy one or not I have to say that when I first started using the Podscat tablet I was not particularly impressed. Admittedly it is an excellent digitising device, but your bog-standard mouse is not all that bad when used with good software.

But then I began using the tablet- and-stylus combination with DPaint and quickly found myself enjoying computer graphics a whole lot more than I had for years. The unit is well constructed and will outlive the average mouse many times over. As a data entry device it is powerful and flexible. So should you buy one? Well, do you want one? I think I do. 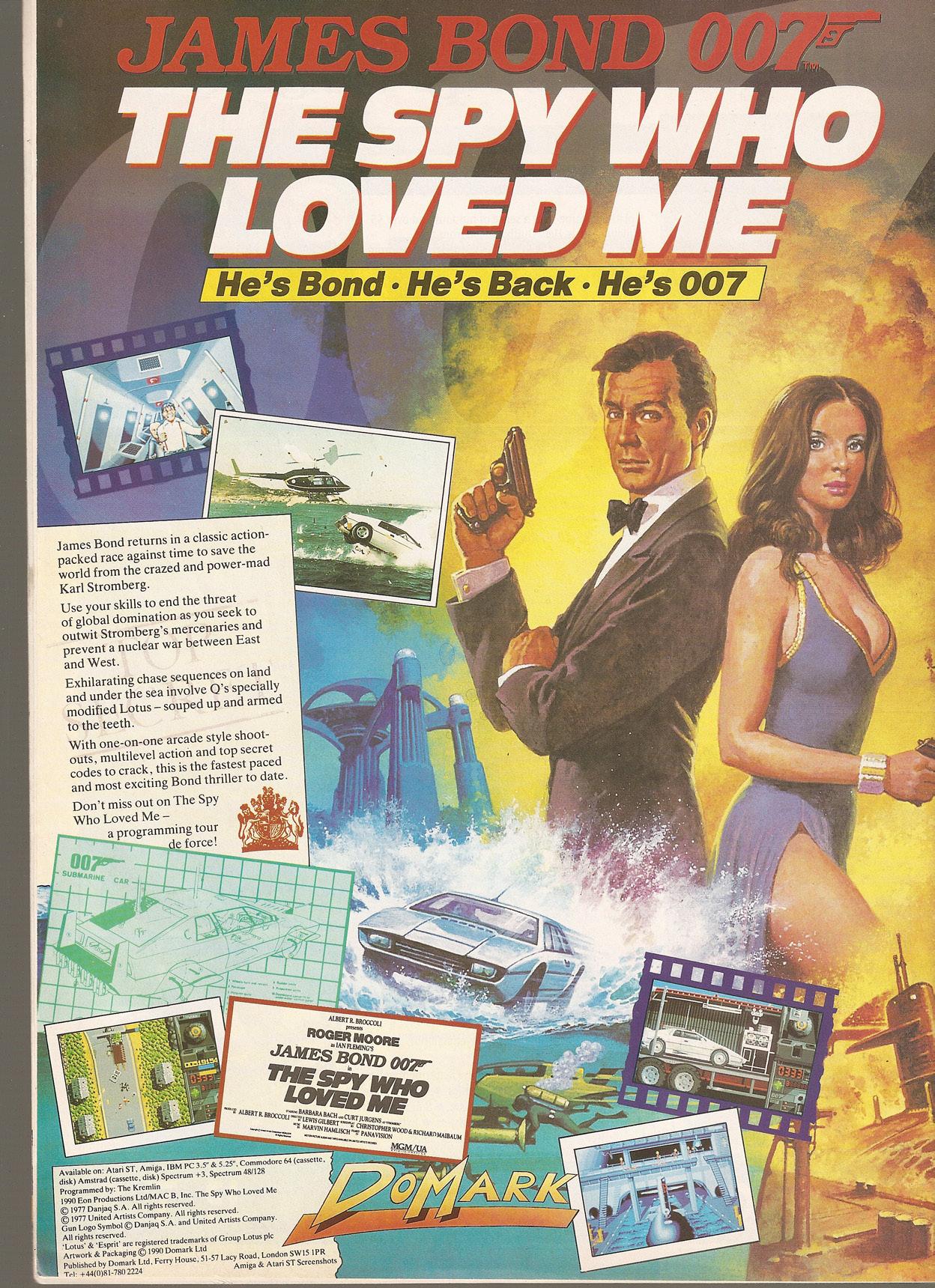