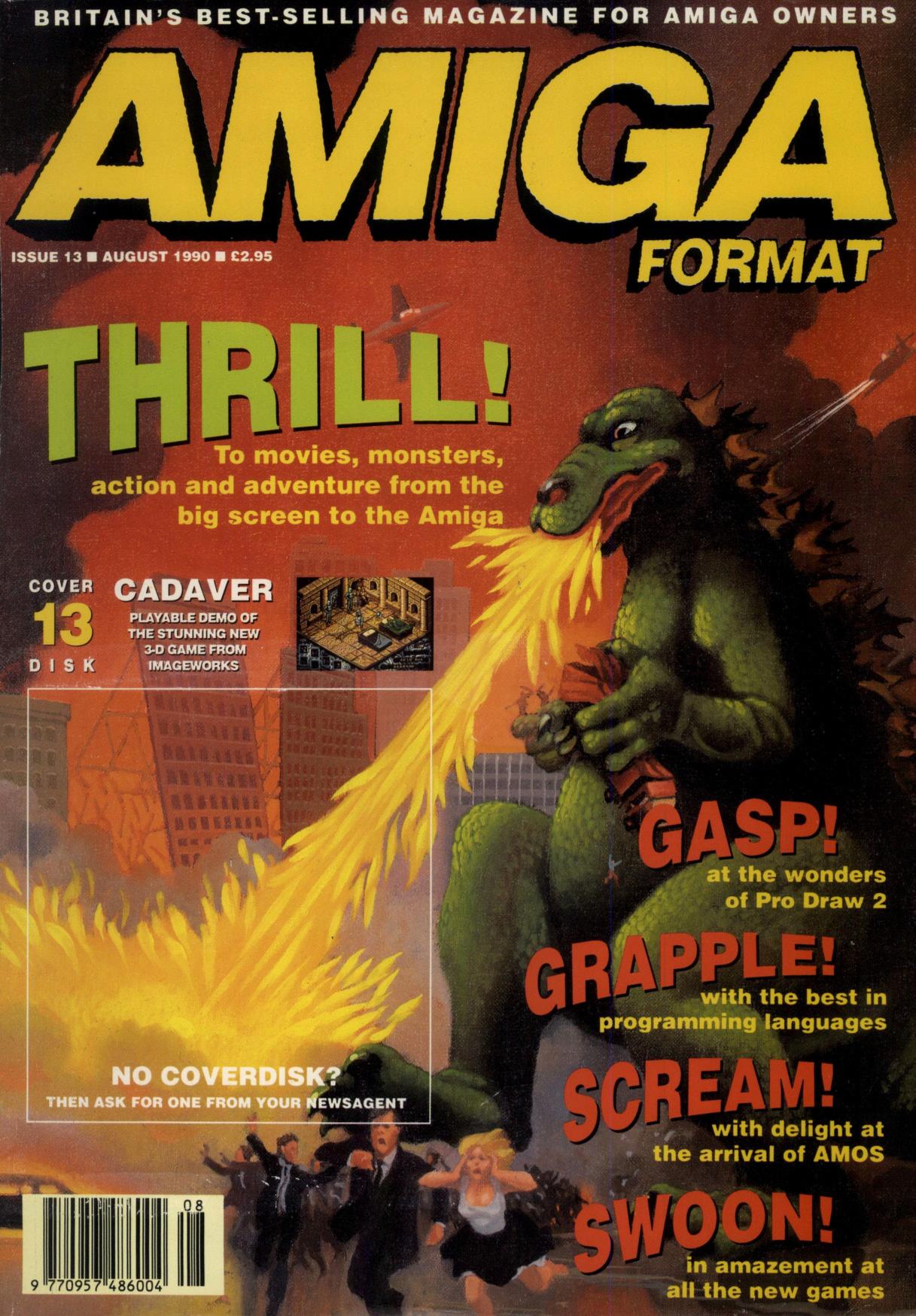 One year after an original that set the games-playing world alight, the much-anticipated and much talked-about sequel has made its appearance. Kick Off 2 looks set to follow on from Kick Off, but with a host of new features to enhance the superb gameplay. Question is, has Dino Dini been too ambitious? Has he
screwed up?

To start with, up to four players can play simultaneously (two players against two players}. There’s a league competition so loads of you can all compete
together, theres a cup tournament, so you can knock your friends out and grab the glory, and there’s also the World Cup tournament so you can persuade 23
other people to take a team each.

The gameplay enhancements include a new spotted ball, different match surfaces (including plastic and soggy) the ability to change the team strip, the choice of long or short throw-ins and – possibly one of the biggest differences – the introduction of defence walls during free kicks.

There is also a new control touch added to the ball, called aftertouch. The player is now able to bend the ball slightly after its been kicked by holding the joystick in a certain position, which can be very effective but does take a lot of practice.

The other main improvements include the ability to load in teams from Player Manager (the first real follow up to Kick Off, for one player, which contained a whole management game) so you can play your lovingly-created team in the league against another team that someone else has spent blood, sweat, tears and lots of money building up. Now the player can also have control over the strength and direction of corner and goal kicks.

The majority of play is much the same as before. Each team contains – of course – 11 players and the player you are controlling is highlighted by a line beneath his feet. As in Player Manager you have a choice between controlling the whole team r in which case control switches constantly to the
player nearest the ball, or playing in one position.

Once you’ve gained possession of the ball your man automatically dribbles it and passes and shots are made by pressing the fire button and holding the joystick in various positions. Controlling your team takes a while to get used to, but practice really does make perfect and after a while your handling of the player improves significantly. Andy Smith

Spot effects, such as the ball thuds and the crowd cheers, are excellent. The graphics are great too. The action is all viewed from above, which works very well for a game of this nature. The sprites are well defined and wonderfully animated and the pitch graphics are highly detailed including observations such as muddy areas in the goalmouth on soggy pitches and a squeaky-clean surface on plastic pitches. The graphics and sound mix together extremely well and compliment play brilliantly.

Well, Brian, this will run and run. It’s perfect for ‘booting up’ (groan!) whenever you fancy either a quick 10 minutes or a good hour or three. In years to come this won’t be sitting on your shelf collecting dust, because
you’ll still be playing it.

If you don’t own Kick Off , go for this instead. If you do already own it or own Player Manager it’s still well worth considering. This is the best footy game to have appeared on any machine and the beauty of the game is the fact that it just plays so damn well. Novices will enjoy it right from the start and it’s surprising just how skillful a player can become after just a few short weeks.

Last year, here at Future Publishing, Kick Off inspired us to start a league which grew into a four-division affair with 32 players taking part – even people who’d never played any game before! The league grew into a Cup tournament and hardly any work was done for months – the game actually became officially banned during working hours. Now there’s talk of re-starting the whole thing again with Kick Off 2. You can’t get a much higher recommendation than that. 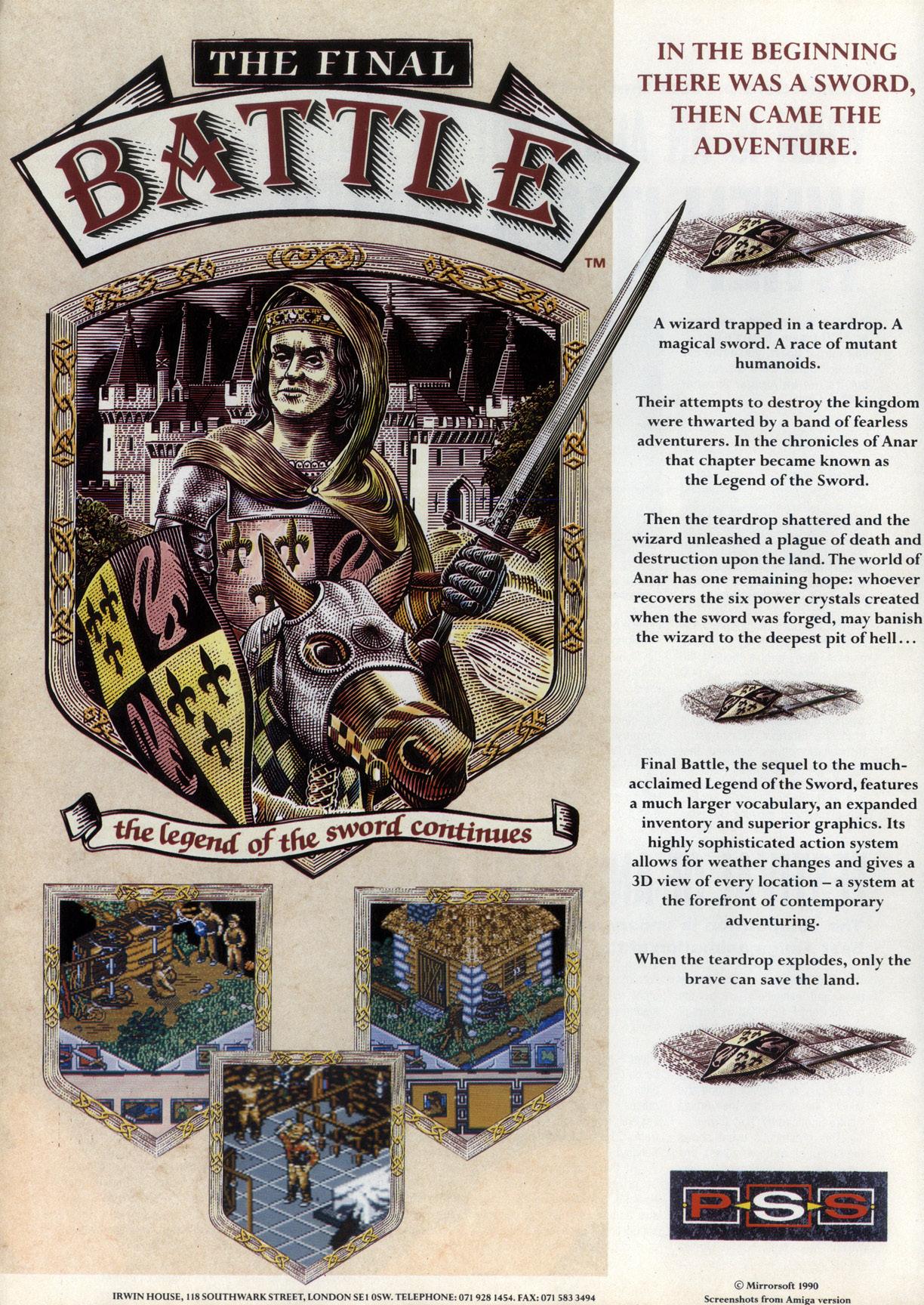 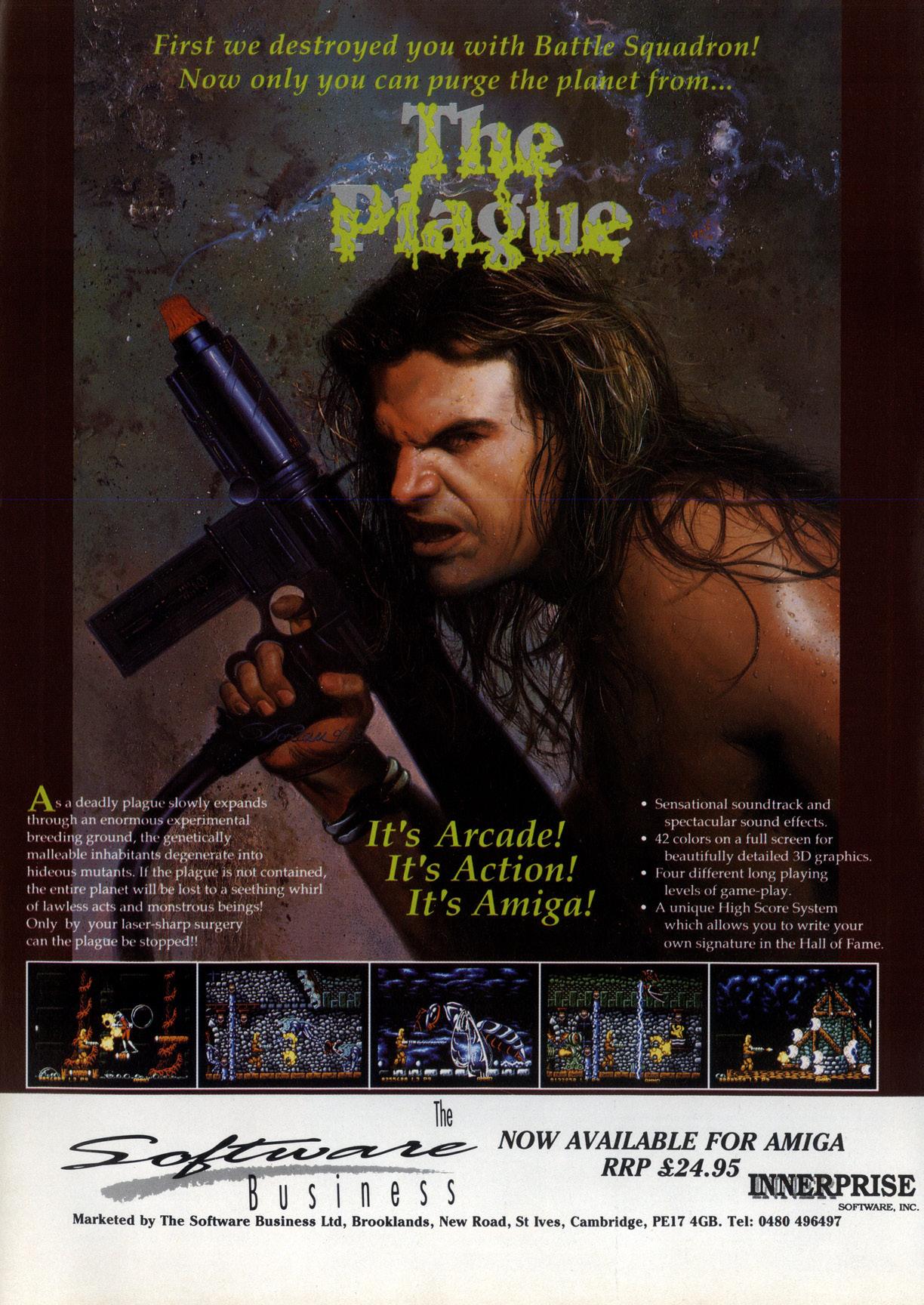 Advertising poster for the retro computer game The Plague from 1990