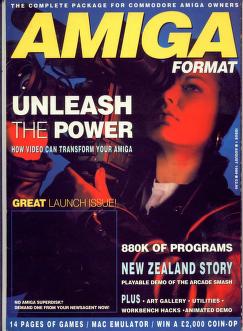 George, Lizze and Ralph are the sort of names you’d imagine monsters bearing a remarkable resemblance to King Kong, GodziIla and the Wolfman would have, but they’re determined to smash their way through as many of America’s finest cities as they possibly can. Converted from the Bally Midway coinop, the game can handle up to three simultaneous players – each controlling a monster – and when you’re not lighting amongst yourselves the idea is to destroy a set number of buildings by climbing up and punching whacking great holes in them.
Obviously the citizens wish to defend themselves, so the army has been called in and doesn’t mind shooting or lobbing sticks of dynamite at you one little bit. Every hit you take reduces your stamina – pictured in the form ol a horizontal bar at the top of the screen – and once it reaches zero the game’s over. To prevent this happening simply reach out and chomp as many people as you can, which revivitalise you no end. Rampage is a fun game to play. The animation is fine and so are the backgrounds, if a little basic, and the sound effects are reasonably good. The game itself is simple, addictive and, when three of you are playing at once. quite pleasingly manic. but don’t expect it to keep you Playing for months on end. ‘cos it won’t. Andy Smith 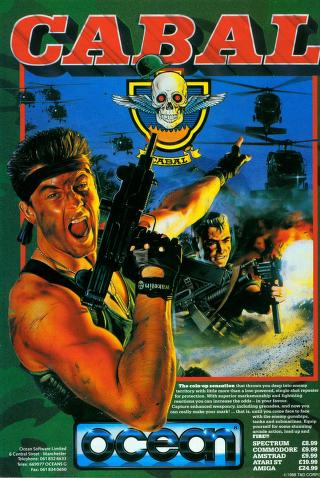 LORICIELS £19.99 JOYSTICK OR KEYS
This French furball is doing its best to become cute phenomenon ot the year, following other wacky favourites . Gribbly, Thing, Pogo and Bubble and Bobble. His (for it is a he a. not a Skweezette) whole motivation in life is to tum blue tiles pink by running over them. From this simplest of concepts are constructed 99 fun levels. The tiles are laid out across vertically-scrolling levels packed with other features, the most bothersome among which are the creatures that appear from portal tiles and are fatal when run into. Tiles that are covered in ice, let Skweek travel only one way, explode or dissolve can also cause problems for the unwary. Fortunately, you can shoot the creatures and pick useful bonuses along the way which include increased firepower, speed, and extra lives and shields.vanery in the levels, As you would of expect from a cutesy game the graphics are very colourful, featuring sprites that are detailed and nicely animated. Sound consists of a repetitive, wibbly tune played throughout and a cheery in-game effects. The fun might not last for long, but it’s great while it does.